You are here: Home / Conferences and Events / The Familiarity Effect: PPC vs Organic Search 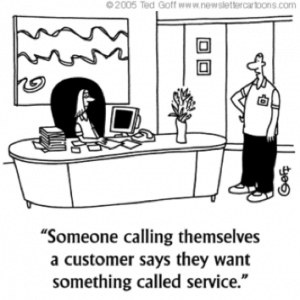 He offered useful insight for successful marketing, some of it surprisingly simple. For example, recording and listening to phone calls: if your sales people give inaccurate information or fail in some other way to appropriately respond to potential customers, it really doesn’t matter if your marketing campaign generates 100 leads from Fortune 500 companies – the sales people are not converting the leads.

He also touched on the hot topic of Organic vs. Paid advertising. Agreeing with a study by Google showing that 89% of the clicks generated by paid ads would not be generated by organic search*, he recommends maintaining a PPC campaign even when your Organic rank is high. 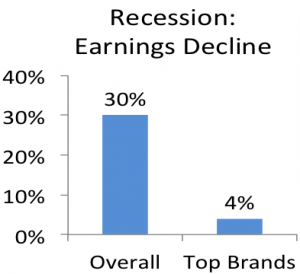 The idea is explained by the basic psychological principle that humans prefer familiar things – the more times customers see or hear about a product or company the more likely they are to trust or prefer it.

Think of Billboard charts: the average song increases in popularity for about 6 or 7 weeks, meaning that people like it more as they become more familiar with it. For brands and companies familiarity drives brand equity: the recession resulted in a 30% earnings decline for companies overall, whereas familiar, trusted Best Global Brands saw only a 4% decline in earnings.

People need to see your company lots of times, in lots of places (PPC and search lists), and they need to keep seeing your company show up over time.

* Clearly Google is incentivized to present their findings in a way that encourages companies to pay for advertising, and indeed analysts point out the limitations of Google’s interpretation of their results (Google presents an average rate of Incremental Ad Clicks unique to PPC, and doesn’t explicitly talk about the fact that lower IAC means your PPC is “cannibalizing” more of your organic clicks). In general though, there’s over half a century of robust research demonstrating the familiarity effect, so shelling out for those paid ads is probably worth it for your company.